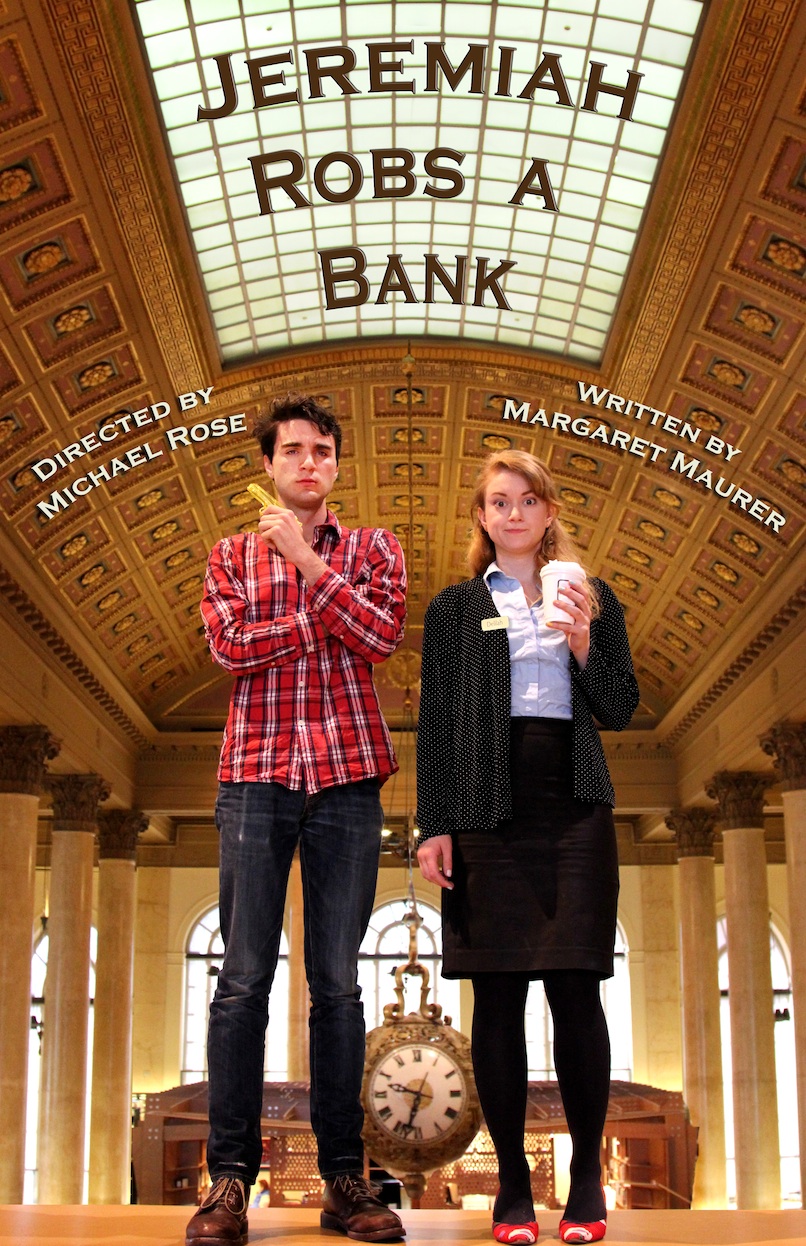 In the spring of 2013 I composed the soundtrack for Jeremiah Robs A Bank, a thirty-minute romantic comedy directed by Michael Rose and written by Margaret Maurer, both friends of mine from Brown University. The film had its premiere screening in May 2013 at Brown for an audience of a couple hundred. As of July 2013, you may watch Jeremiah Robs A Bank on YouTube.

This is my first foray into film music. I wrote the soundtrack for piano and orchestra; the piano part I recorded live, while the orchestra I added using some surprisingly convincing sampling software.

The complete mp3 soundtrack album is available for download, free of charge, free of DRM. The music is licensed under the Creative Commons Attribution-ShareAlike 3.0 Unported License. Jeremiah Robs A Bank, related characters, and the film poster are the intellectual property of Michael Rose and Margaret Maurer, used here with permission.

Information about the film, including the full cast, can be found at the Internet Movie Database.

These musical works are licensed under the Creative Commons Attribution-ShareAlike 3.0 Unported License.