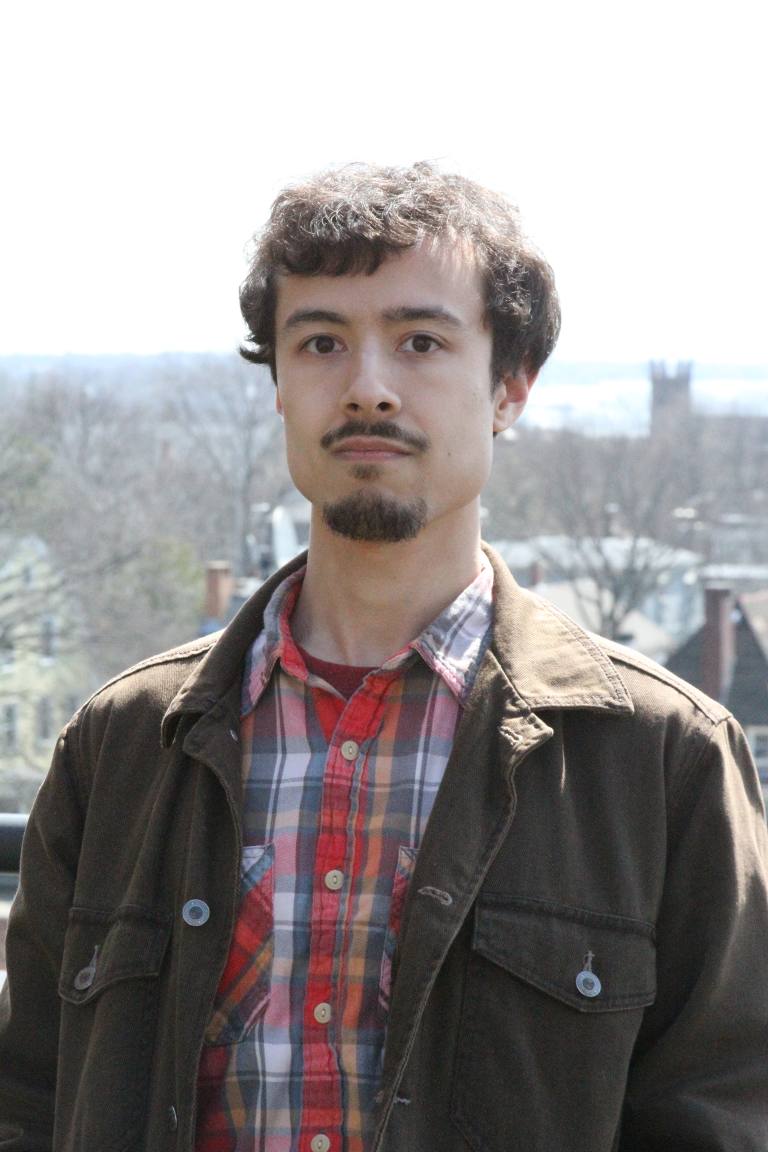 I'm a native of the East Side of Providence, Rhode Island, now living just outside of the city. Originally homeschooled through high school, I graduated from Brown University in May 2012 having completed a double concentration in Computer Science and Classics. As of January 2015, I work full-time on the Brown Computer Science technical staff, doing sysadmin-y tasks and writing back-end code that hopefully makes things run more smoothly.

When not doing my day job, I am usually either performing, composing, or practicing.

I give regular solo recitals at the RISD Museum and at Brown's Cogut Institute for the Humanities, and have also made solo appearances at the William Hall Library in Cranston and at the Laurelmead Cooperative retirement community in Providence. All of my concerts have featured my favorite works from the standard classical repertoire ("from Bach to Rach"), and occasionally my own compositions and arrangements as well. My first public solo performance occurred at the RISD Museum in the fall of 2009, when I played Bach's Goldberg Variations and the opening movement of the Beethoven-Liszt Pastoral Symphony transcription. My senior recital I performed at the Cogut Center (now the Cogut Institute), the program consisting of Liszt's B minor Sonata and the complete Beethoven-Liszt Fifth Symphony. Transcriptions of non-piano works are a personal specialty, and in addition to Liszt's and my own arrangements of orchestral works, my repertoire includes some of Busoni's piano renditions of Bach organ pieces and a couple of Horowitz's best-known transcriptions.

I have also done extensive collaborative work. In the fall of 2009 I accompanied singers Kathryne Jennings and Fred Scheff in a joint voice recital in Rehoboth, Mass. During the summer of 2011 I worked with Kathryne Jennings and conductor Paul Phillips as rehearsal pianist for Opera Providence's production of Cosi fan Tutte. Between 2012 and 2016 I have collaborated with Community MusicWorks players Jesse Holstein, EmmaLee Holmes-Hicks, Ealain McMullin, Minna Choi, Lauren Latessa. In the fall of 2012 cellist Daniel Harp and I performed a recital of sonatas by Beethoven, Debussy, and Barber, throwing in for good measure a cello-and-piano sonata of my own that I had composed during the previous summer. I've played with several string and voice students in Brown's Applied Music Program, usually working with them over the course of a semester or two before our actual performances. As an undergraduate I also did extensive rehearsal and accompanying work with student groups Brown University Gilbert and Sullivan and Brown Opera Productions.

My original compositions include works for solo piano, chamber ensembles, concert band, and full orchestra. In March 2014 and March 2015 I presented programs consisting exclusively of my compositions, featuring local professional, student, and community instrumentalists. The spring of 2015 also saw the premiere of (the concert band version of) my "Bruin Overture", written in celebration of Brown University's 250th anniversary and performed by the Brown Wind Symphony under the direction of Matthew McGarrell. Besides writing concert music, I have dabbled in film and musical theater. In the spring of 2013 I composed the soundtrack to Jeremiah Robs A Bank, a half-hour film directed by Michael Rose, and in the fall of that year I wrote the music to Ichabod Crane and the Headless Horsemen, a twenty-minute musical for children with libretto by Phoebe Nir. More recently, I composed the music for the seven-minute animated short film Toymaker (2017), which you may read about elsewhere.

Aside from music and computers, my interests and hobbies include history, railroads (full-size and miniature), cartooning, and roleplaying games. I also play chess, not too horribly.

You can usually reach me at: